Update September 19, 2021: Our stores are operating at regular hours! You can come by with or without an appointment. Please be advised of further information here »
Next

We’ll go diamond hunting with you! Together with the Young Diamantaires we will show you where diamonds come from.

In summer 2019 our diamond expert and GIA – Graduate Gemologist Christopher had the chance to travel to South Africa. Together with a group of diamond experts he visited the Venetia Diamond Mine of DeBeers in Limpopo, South Africa. 25 people from 10 countries and it’s all about diamonds!

We will also reveal what Christopher experienced in South Africa and where exactly our diamonds come from. So how does a diamond make its way into our shops and onto your finger?

The flight took off from Munich. From here, Christopher travelled with South African Airways to Johannesburg. After checking in at his hotel, the journey began right away! So far all the participants knew each other only via Skype.

On September 2, 2019 the group met for the first time in real life. Instead of meeting through Skype, all 25 “Young Diamantaires” came together in South Africa.

After a sightseeing tour of the city, they returned to the hotel. DeBeers hosted a cocktail dinner there. DeBeers is one of the largest diamond traders in the world. The diamonds they source are from own mines in South Africa, Namibia or Botswana. A wonderful first day to get to know the people and the city.

The next day started early in the morning at 5:30 a.m. By bus, they headed to the province Limpopo. This province is located at the border triangle of Zimbabwe, Botswana and South Africa. Furthermore the province was named after a river with the same name. So the diamond experts had a 7 hour bus ride ahead of them. But the long journey was worth it. The Renaissance Secondary School, founded in 2008, is located in the province. One of 19 schools built by DeBeers. The school is attended by 700 students. The group was warmly welcomed by the director Mr. Sithole and some students.

Afterwards they had lunch at the beautiful Venetia Guest House of DeBeers. The friendly atmosphere and the good food allowed them to enjoy the great surroundings even more. And Christopher was able to fulfill his lifelong dream: drinking a beer at DeBeers.

Later they went on to check in at the Mopane Bush Lodge. A highlight there is one of the famous elephant trees. The so-called Baobab Tree! To round off the day, the group met for dinner and a bush fire in the evening. Of course, they discussed diamonds there too! What could be done better? What ways do these beautiful stones travel before the land in the stores? Where do you extract, cut and sell the stones?

Soon they should experience all this and much more at first hand.

Day 4 – The diamond mine

The tour continued early in the morning. Finally the group set off for the diamond mine! DeBeers is creating thousands of jobs in the region with the mine. They also launched the “Moving Giants” project. On 3.000 hectares of land DeBeers repopulated herds of elephants to Mozambique. Elephants are under constant threat throughout Africa. In this national park hundreds of elephants and many more animals can live in safety again.

Before our experts were allowed to enter the largest diamond mine in South Africa, there was a safety briefing. After all, the highest work and security standards apply here. The group was briefed in a conference room while some monkeys were running around outside.

Afterwards everyone was fitted with their own safety clothing. It was necessary to wear a safety suit and especially a helmet. Now the group explored the area. The highlight was the “Big Hole”. It is converted from an open pit mine to an underground mine in order to remain in use till 2042. A breathtaking sight!

After the experts returned to the hotel, there was a traditionally themed dinner. Everyone should dress in her/his traditional clothing . As the only Bavarian, Christopher showed up in lederhosen – obviously! A perfect end to an exciting day.

The final day in the Limpopo was coming up. The experts were invited on safari by the president of the Diamond Association. At the beautiful Mapungubwe National Park. Here one could enjoy nature and see even some animals. It was also the founding place of the Kingdom of Greater Zimbabwe. Goldsmith artifacts were already made here 800 years ago. Afterwards the trip went back to Johannesburg in 7 hours. 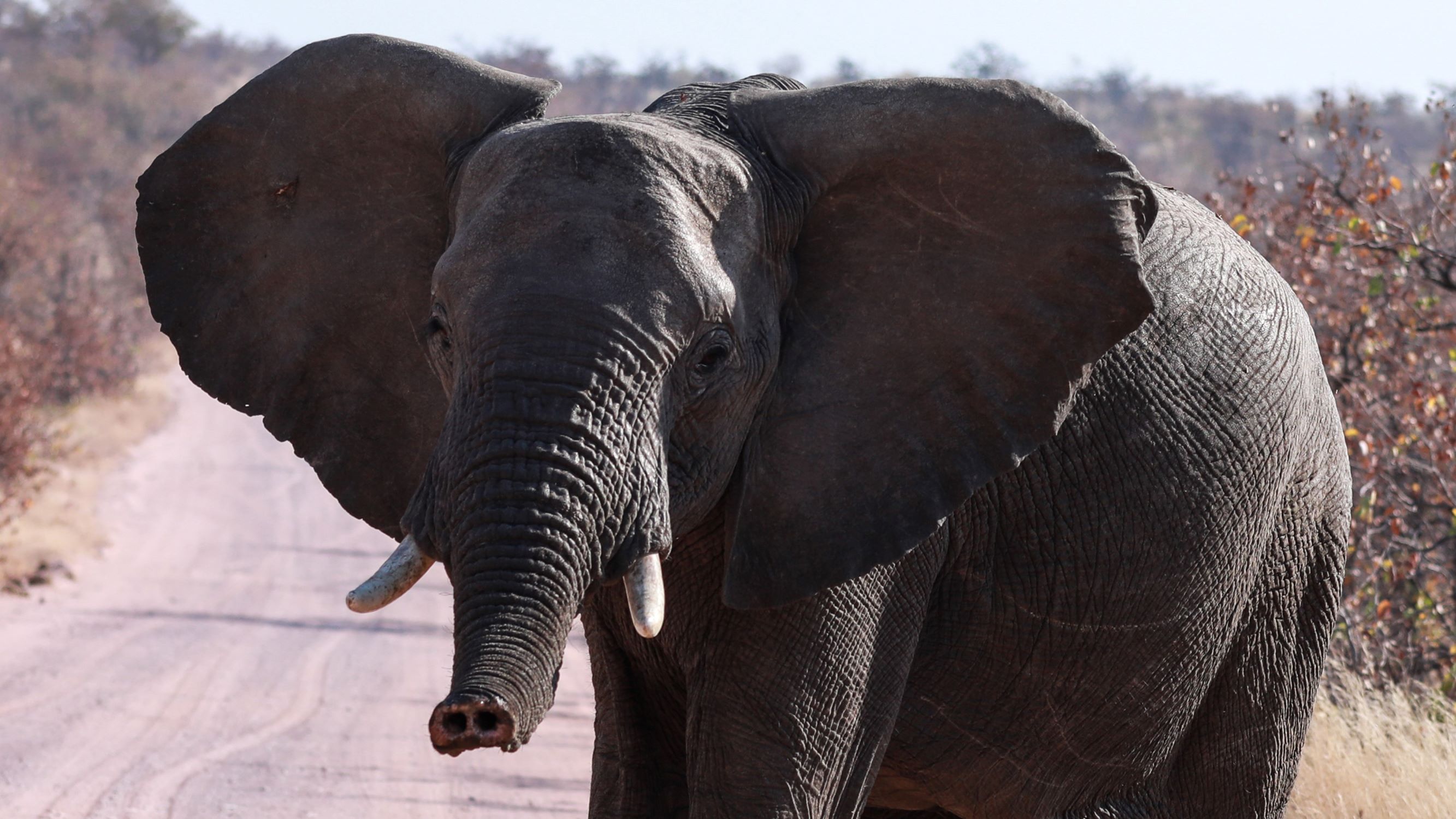 The next morning all diamond experts were welcomed at the Diamond Bourse South Africa. They visited several companies. One of them was the diamond cutting company Gregory Katz Diamonds. The special thing about this company is that mainly women are employed and trained. After a last snack together Christopher flew home that night to Munich!

During his journey, Christopher not only met many people who share his love of diamonds. He also learned many new things about the background and processing of the stones. Despite years of experience in the diamond industry, he gained new knowledge and experience. Diamonds are not only about the financial aspects, but also about the people involved. A fantastic experience for life.

If you would like to be inspired, please visit us at Designer Diamonds in Munich or Augsburg. Let us also advise on how to find a great diamond! You can also find us online at www.designer-diamonds.de. As well as on our social media platforms Facebook, Instagram and Twitter. We are looking forward to meeting you!

About the Author: admin

Find out more or adjust your settings.

This website uses cookies so that we can provide you with the best user experience possible. Cookie information is stored in your browser and performs functions such as recognising you when you return to our website and helping our team to understand which sections of the website you find most interesting and useful.

Strictly Necessary Cookie should be enabled at all times so that we can save your preferences for cookie settings.

If you disable this cookie, we will not be able to save your preferences. This means that every time you visit this website you will need to enable or disable cookies again.